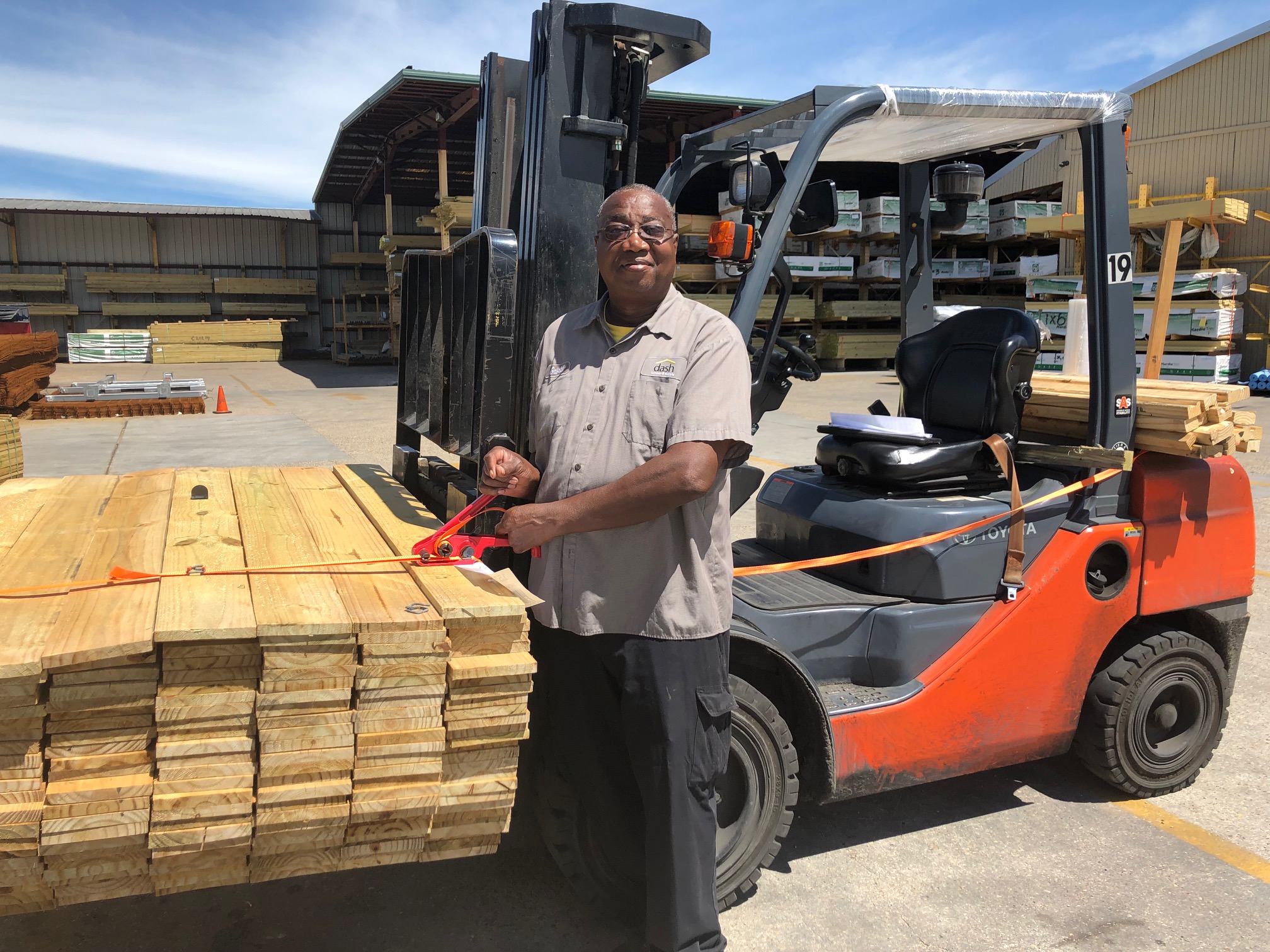 Gabe started at Dash Lumber & Supply in 1995 at our St. Claude store; when we sold that location, he stayed with us and came out to the East. Gabe worked in construction before joining our Operations Krewe – an easy transition.

What advice would you have for someone joining Dash as an Operations Krewe member?

Keep the yard clean (and safe).

Pay off my house.

To travel around the world.

My wife makes the best lunches – my favorite is red beans.

The people – good and fun people!

What our Team says about Gabe …

He is dedicated to his job and he shows great pride in his work … He has a friendly demeanor and easy-going personality … I appreciate that he takes time to come in the office and say hi … his work is consistently accurate and neat. 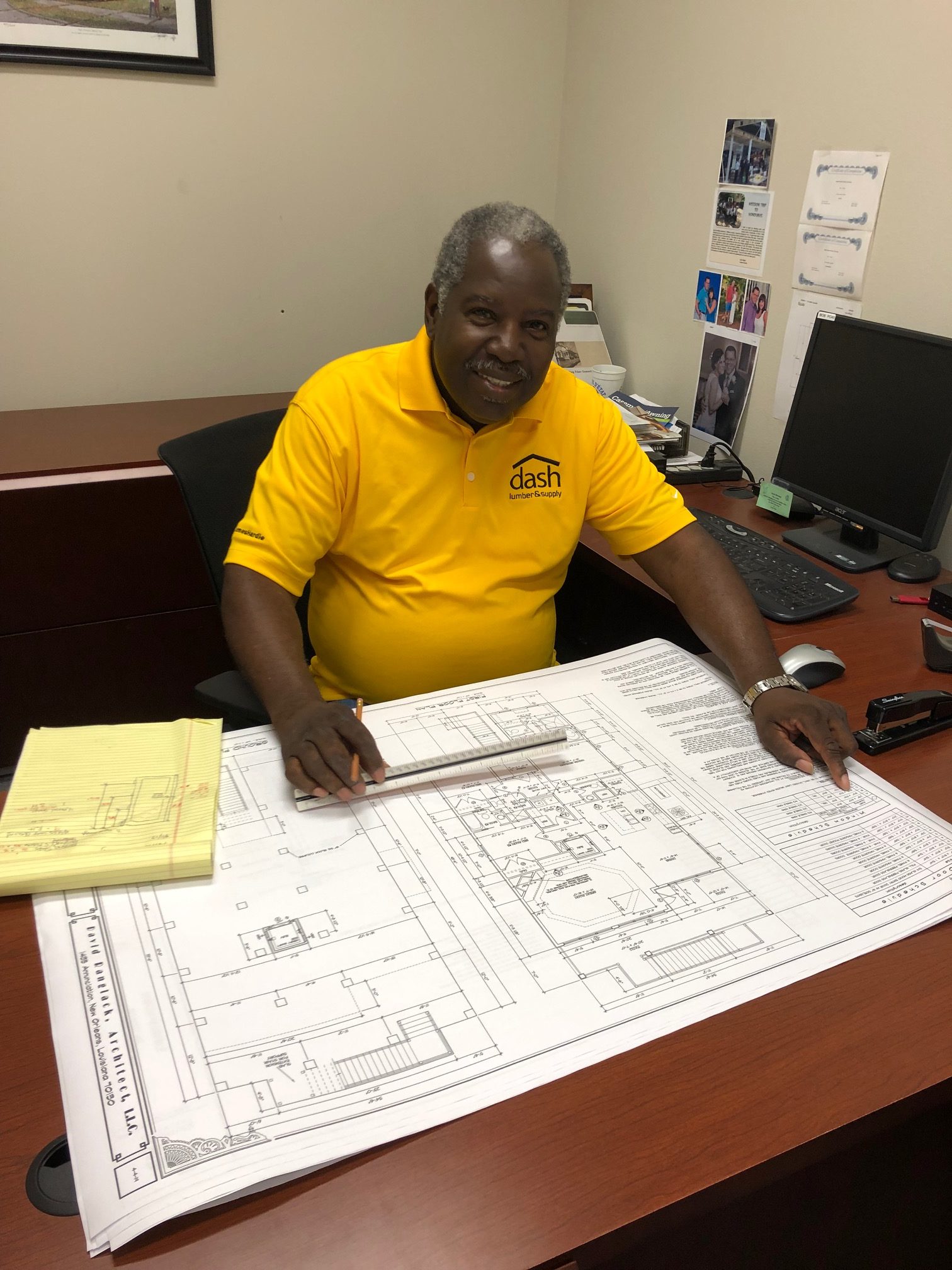